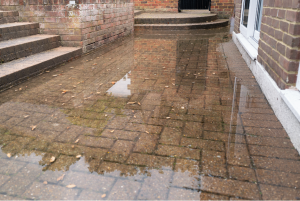 Sump pumps are built to last through years and years of consistent use. But with that said, they are far from indestructible, and there will come a time when they need to be replaced. The question is: how can you tell when your sump pump needs to be replaced?

Many sump pumps need to be replaced after about ten years. However, some can last longer, and some, unfortunately, can give out even sooner than that. Without further ado, we’re going to review the four most common signs that it’s time for a sump pump replacement in Northbrook, Illinois.

1. You’ve Had Your Sump Pump for Ten or More Years

The first sign that you should replace your sump pump is that you’ve had it for ten or more years. As was noted above, many sump pumps tend to wear down after around ten years of use. As such, if your sump pump is more than a decade old, it could be running on borrowed time.

Sure, you could keep it until it completely dies. But the thing is, you never know when that might happen. What if it dies in the middle of a heavy rainstorm?

Rather than putting your home at risk, it’s better to be proactive and replace the sump pump sooner rather than later. Your local plumbing company in Northbrook, Illinois can help you make the change.

Another sign that you might need to replace your sump pump is that it’s making loud noises. Loud noises are often indicative of internal damage.

For instance, grinding noises are typical of a damaged impeller. In this case, the impeller alone would need to be replaced. However, if you’re hearing a straining noise, the pump’s motor may have failed, which would require you to replace the system entirety.

Regardless, as soon as you hear a loud noise coming from your sump pump, you should contact a reputable sump pump replacement company in Northbrook. Their crew will be able to assess your pump and determine the best course of action.

Sump pumps are designed to turn on when needed, and then shut off once they’ve performed their task. In other words, they aren’t designed to run constantly.

What might cause a sump pump to run constantly? In most cases, it’s an impaired float switch. Either the float switch has disconnected from the pump’s power source, or it’s been jostled around within the sump basin.

In some cases, a reputable sump pump repair company in Northbrook might be able to fix this problem. However, this is an issue that sometimes requires a full replacement instead.

4. Your Sump Pump Is Turning Off When It’s Raining

As mentioned above, sump pumps aren’t supposed to run constantly. However, as long as it’s raining, they should be in operation. If it’s raining and your sump pump isn’t running, there is most likely a problem at hand.

As such, in these situations, it’s best to have the pump inspected by a licensed plumber in Northbrook, Illinois. Your plumber will be able to get to the bottom of what’s causing the problem, then recommend the best course of action.

Is your sump pump no longer performing like it should? Looking for the best sump pump replacement company in Northbrook, Illinois? If so, look no further than the professionals at John J. Cahill, Inc.

Our plumbers have replaced countless sump pumps throughout the Northbrook area. Regardless of your sump pump needs, our team has you covered. Contact us today to get started.